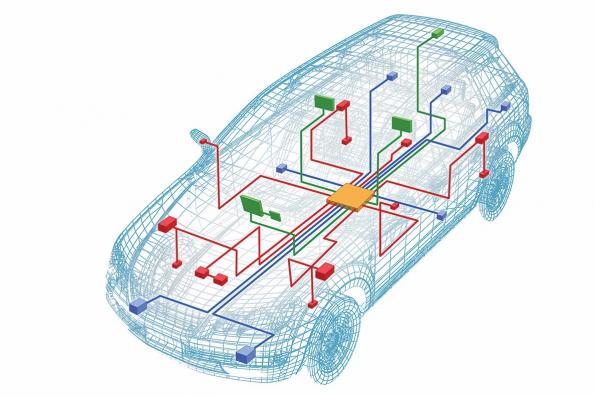 With the electronics architectural landscape for vehicles changing dramatically in the next 15 years, automotive sensors are also undergoing their own evolution in response to new requirements. In a recent blog post, an IHS Markit expert explains how the future for automotive sensors will look like.

The transformation in vehicle sensors can be attributed to two all-encompassing trends now sweeping the automotive space, says Richard Dixon, Senior Prinicpal Analyst for MEMS and sensors at market research company HIS Markit. These trends are the electrification of cars, and the progression of Advanced Driver Assistance Systems (ADAS) toward attaining the fully autonomous, self-driving vehicle.

The magnetic sensor industry will be a significant beneficiary of these forces. As magnetic sensors become more intelligent, their price will shift higher, largely because of their role in higher redundancy levels under ISO 262262 standards governing functional safety. The rising value of the sensors is a welcome turnaround for suppliers, a departure from the entrenched historical pattern of price erosion. Compared to 2016 numbers, the additional value to suppliers resulting from the increasing value of magnetic sensors in key automotive systems will be as much as $340 million by 2022, IHS Markit calculates.

Overall, global revenue for the magnetic sensors market is forecast to expand to $2.3 billion in 2030, more than double the $1.1 billion collected by the industry last year. The magnetic sensors space will benefit from a discernible acceleration in market demand as the effects of car electrification take hold. In this context, mild-hybrid vehicles will become the main choice for electrification, taking up a large section of the market by 2030.

At present, six factors are shaping how sensors in general will meet the tough new challenges that electric cars and autonomous vehicles present. These factors comprise raw performance, functional safety support, higher robustness/intelligence, security, and—further out in time, to probably beyond 2030—the potential for new packaging concepts. Some of these factors, as they pertain to magnetic sensors, are discussed in further detail below.

Where functional safety is involved, increasing the number of sensors from one to two or three can lead to a higher ASIL safety rating at the system level. Applications include angle sensing in steering systems, or in pedal or throttle positions, for example.

For Big Data applications, sensors must be able to collect a greater amount of information than in the past while also keeping more of the raw signal, compared to sensors today that filter the information. And because the information collected will be vital to Big Data analysis, sensor robustness and intelligence will be a necessary attribute for all sensors, not just for magnetic ones.

What is unique to magnetic sensors, however, is their vulnerability to stray magnetic fields. To meet a rise in demand for robustness in this regard, sensors in electric vehicles will need a new level of protection against stray magnetic fields, caused by the electromagnetic fields of the large electric traction motor. Companies are required to now meet a field specification of 4000 A/m, compared to 1000 A/m in the past.

In security, sensors are already required for security applications, such as the use of motion sensors inside key fobs to mitigate hacking of the RF signal to open a car. Thus, any sensor must be considered as a potential hacking point into any system.

Lastly, both the continued proliferation of sensors and the potential new freedom in the cabin allowed by autonomous driving are two factors spurring designers to reassess sensor packaging formats. With European cars today featuring more than 150 sensors and switches, companies like GM, BMW, and VW are providing new ways for car drivers and passengers to interact with information systems in the vehicle, removing bulky knobs in favor of haptic touch or even touchless sensing. According to HIS Markit expert Dixon, car doors and other panels could be used to accommodate many functions and offer sleek new designs.

While such sensors offer solutions in the near term, flexible Hall sensors have also been demonstrated recently by Bosch and researchers from the Max Planck Institute. Jaguar Land Rover is one car company investigating at present flexible electronics to elegantly incorporate even more functionality while also maintaining an uncluttered appearance; it is likely not alone in this process. Such a development becoming commonplace may still be far in the future, but the concept represents a freedom of design not possible today, and which could prove disruptive to current semiconductor processes and infrastructure.

The dominant magnetic sensor solution today remains the Hall effect IC, a technology that serves well over 60 applications in the passenger car. Hall-effect sensors and switches in 2017 accounted for 90% of the global revenue of magnetic sensors in automotive.

Hall sensors are notable for their robust performance, small size, and low cost. These devices can be deployed at high temperatures experienced under the hood and are compatible with CMOS electronics. While Hall devices measure their fields vertically, the trend has been to extend spatial resolution in the lateral directions using magnetic field “concentrators.” Such devices are dubbed 2D and 3D Hall ICs, and in many cases, are replacing linear Hall sensors and angle sensors, e.g., for chassis height measurements and electronic throttle control in the powertrain.

Increasingly, however, Hall is encountering competition from the magnetoresistive group of technologies, which include anisotropic magnetoresistive (AMR), giant magnetoresistive (GMR), and, more recently, tunneling magnetoresistive (TMR) device structures. By and large, magnetoresistive technologies offer higher sensitivity, and major Hall Effect sensor suppliers like Allegro Microsystems, Infineon, and NXP have also incorporated combinations of GMR, AMR, or TMR into their product offerings. And while making up just 10% of the global shipments of automotive magnetic sensors in 2017, magnetoresistive sensors accounted for a much larger share of revenue at 19% because of their initial higher cost compared to Hall ICs.

Magnetoresistive devices will be used mostly in sensing applications that value performance and safety-critical operations, such as those propelled by functional safety, especially in autonomous driving. Examples of these applications include wheel speed, throttle position, and steering.

A new automotive economy is at hand because of the changes anticipated for electrification and autonomous driving. Sensors of all stripes—including magnetic sensors—must meet new requirements on performance for which existing technologies won’t be adequate. And in this new age, no one specific technology will be universally applicable to all sensing needs. Instead, each automotive application will determine its own best technology for use.

As a result, consumers will experience safer, more feature-rich and comfortable driving experiences. And for sensor suppliers, a newly invigorated technology market landscape means a much broader value proposition of their individual and collective offerings.