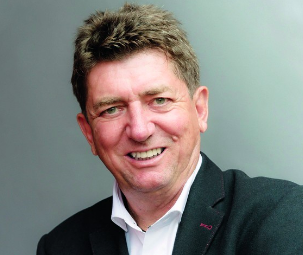 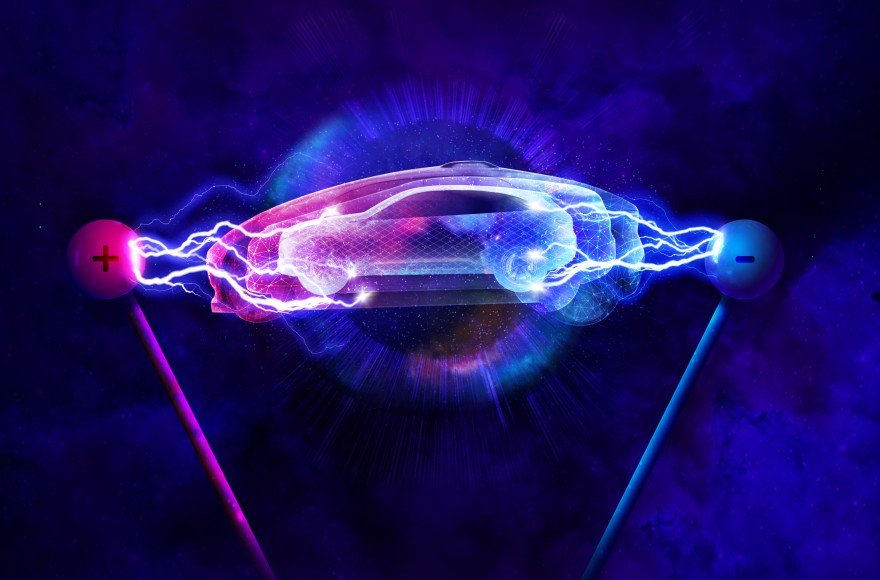 What are the requirements for the new generation of electric vehicles for you as a vehicle architect?

Jürgen Schenk: When it comes to electric drive systems, particular consideration needs to be given to these new areas: range, fuel consumption, the efficiency of the electric systems and credible charging times. The vehicle’s range is calculated from the volume of energy stored in the battery and how much of it has to be consumed in order to complete the journey. This means designing drive systems which can perform with an appropriate level of efficiency. Optimising the energy consumption of the electrical accessories is also essential.
Because the vehicle’s overall design is one of the most important features, we need to optimise the installation spaces and make the electric engine sufficiently compact for it to be accommodated within the axle. At the same time, of course, we can’t neglect torque and performance; these are features which affect driving pleasure! 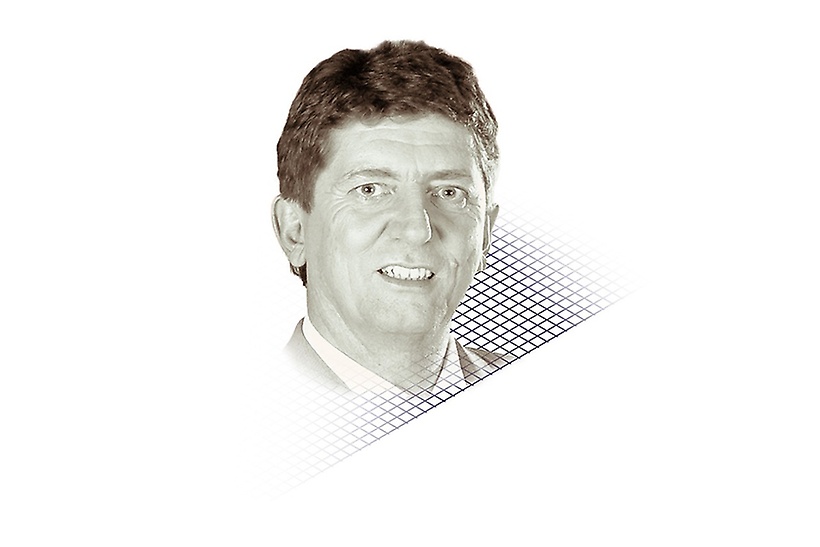 “Close to the axle” surely doesn’t mean a return to the wheel hub drive, does it?

By no means. “Close to the axle” means integrating the electric drive into the axle geometry. Therefore, the axle geometry needs to be designed in such a way that sufficient installation space is kept free inside the axle module to accommodate the electric engine. We achieved this very successfully in the EQ. Nonetheless, integrating a complete engine system in the axle module while also meeting the requirements for high-performing running gear remains a very challenging task.

We can represent any number of real-world profiles for our customers.

Yes, they will. Over the past six years, we’ve seen a total of six projects through from the initial idea to production readiness. We now know very precisely how electromobility can be developed in a professional manner. We’re now moving ahead with the wealth of knowledge we’ve acquired. We carry out testing at a very early stage so that we are able, early on in the process, to deliver validated assessments of the components and systems. We use movement profiles collected from electric vehicles under real-life environmental and operating conditions. We use them for all our new designs. This is the basis for fast-track development work.

How can typical mercedes-benz characteristics be maintained in the electric cars of the future?

We can use algorithms to demonstrate to our customers any number of real-world profiles. And we’ll also represent these profiles in configurable driving programmes so that ultimately customers can call up their individual programmes. The whole gamut of power outputs and torques from a four-cylinder to a twelve-cylinder engine can be replicated by electric motors; the sole exception being engine noise.

If the combustion engine is replaced by a electric motor, a completely new crash concept will have to be developed.

What effect does electromobility have on the technical peripherals, i.e. brakes, steering and suspension?

The main adjustments which need to be made to the architecture affect the centre of the vehicle, the underfloor area and the body in order to be able to accommodate the battery. There will be changes to the overall design of the front and rear of the vehicle. If the installation space for the combustion engine plus transmission is occupied instead by a compact electric motor, a completely new crash concept will have to be developed. As for axles, steering and other components, we can take design solutions from our modular system, develop them and adapt them accordingly. There is no need for us to completely re-invent the motor car.

The electric engine opens up entirely new dimensions when it comes to torque. How do you control its forward thrust?

The torque pattern is indeed considerably different from that of combustion engines. We need to intervene to limit and control torque; otherwise, we will reach the limits of what mechanical parts and human beings can bear. Our basic configuration doesn’t aim to achieve acceleration figures which the human body cannot withstand. In the Formula Student Electric competition, for example, electric cars now easily outgun the combustion engine vehicles. At present, Stuttgart and Zurich universities are competing for the 0 to 100 km/h world acceleration record; the record currently stands at 1.513 seconds. But the drivers of these cars are trained up to astronaut standard so that they can withstand these acceleration rates and not faint.

If the combustion engine is replaced by a electric motor, a completely new crash concept will have to be developed.

When can we expect to see an e-car with an 800 kilometers range, capable of being re-charged in 15 minutes?

That will be a possibility in the next decade. However, range is not the only parameter needing to be optimised. We need to provide customers with a balance between battery size and charging technology which suits their driving profiles. Most customers drive a distance of over 500 kilometers ten times a year at most. That means that they will need to re-charge their vehicles once during a long journey on at most ten occasions each year. If you add up all the times you re-charge in a year, customers will spend some 300-400 minutes with their electric vehicles connected up to the charging station – and anyone charging up overnight doesn’t have to wait by the vehicle. In comparison: A conventionally powered vehicle will make at least 50 stops a year at a fuel pump and ten times at a motorway filling station. That comes to around 360 minutes a year spent at the filling station. Any differences between drive types disappear when this aspect is considered.

But so far electromobility is still lacking a charging infrastructure and a standardised payment method.

In response to our customers’ desire for a dense charging infrastructure, we, together with other manufacturers, have committed to establishing a high-performance charging infrastructure. This will make it possible to charge at up to 350 kilowatts so that a 75 kilowatt hour battery can be 80 % charged in less than 20 minutes. Our commitment will supplement government plans which envisage up to an additional 42,000 charging stations. It is true that innovative payment solutions need to be found, such as paying by mobile phone or payments handled directly between the vehicle and the infrastructure.

Paying by mobile phone or payments handled directly between the vehicle and the infrastructure.

What’s the position with plug-in hybrid development and when will we see any considerable increase in electric vehicle range?

In the very near future, the range will increase to a good 50 kilometres. 100 kilometres is a realistic figure within the next decade. 80 % of journeys can then be made under electric power.

In which segment will electromobility gain a foothold most rapidly?

All the way from city cars up to the luxury class. There will be no exceptions. City cars need a range of around 150 kilometres. But 150 kilometres won’t be enough for the E-Class or S-Class. We need to find the sweet spot between charging time and energy content. We’ll compromise at a 500 kilometre range and 15 to 20 minutes charging time. In the future, customers will opt for electromobility, once they see its many advantages. Because, in the end, we want to convince our customers, not just persuade them.

When it pays to drive electric

In the 2020s, electric vehicles will become as cheap to run as their conventionally powered competitors. And by 2030, the total cost of ownership for EVs will actually be less than the equivalent figure for petrol or diesel cars. This is the finding of a study by the European Consumer Organisation BEUC. However, this scenario will only come to pass if emission regulations are significantly tightened within the EU.

The Brussels-based BEUC estimates that the average four-year TCO of an electric car will match that of a conventional combustion-powered car by 2024. This trend will mainly be driven by the falling cost of purchasing an electric vehicle. The BEUC has calculated that prices for the energy storage units alone will drop significantly in the coming years because of the anticipated economies of scale.

The authors of the study say that between 2020 and 2030 the TCO of electric vehicles and combustion models will converge and then electrics will actually become cheaper. According to their calculations, an electric car purchased even in 2020 will have much lower total costs over its entire lifetime than a combustion model. The total costs for a petrol car will be €57,939, whereas only €51,079 will be incurred by the electric model. “Electric vehicles should no longer be the privilege of the few but become affordable to the masses within the next decade,” says Monique Goyens, Director General of BEUC.

In their illustrative calculation, the experts compared a combustion and electric model from the C segment. In 2018, the four-year TCO for a conventionally powered vehicle came out almost 8 percent lower than for an electric vehicle. The cost of manufacturing the EVs’ batteries was clearly the primary contributor to the additional expense. By 2020, the difference in cost will fall to 4 percent before narrowing further to 1.5 percent by 2025 and ending up at a negligible 0.5 percent gap by the end of the 2020s, equivalent of €100 or thereabouts. The range that can be covered by electric vehicles will also increase to an average of 320 km.

The BEUC report says that “because of the expected and significant fall in the cost of electric cars, there is a good chance that they will become affordable to the mass market between 2020 and 2030.”