Electrification Forces Test Engineers to Up Their Game

With the ICE it’s all about physical test. It’s combustion mechanics, pressures, temperatures, fluids, mechanical linkages and power transfer, emissions management, and so forth. It’s turbos and superchargers and other methods to increase efficiency or power of controlled explosions. It’s translating linear piston motion to rotary torque and balancing power output with flywheels.

With the electric powertrain it’s all about electrical test. It’s power electronics and switching frequencies, voltages and currents, induction and back EMF. It’s battery capacity and discharge rates and thermal management of inverters and converters and regen power regulation. It’s motor/generator phase angles and laminate geometries and magnet placement and flux lines.

When the two technologies are combined in various ways to form a hybrid powertrain it’s all about integration testing. It’s control schemes and state diagrams and rule sets governing the interactions between the ICE and electric components. It’s about ensuring the system responds appropriately in all driving conditions and scenarios.

The hybrid (in any of its flavors) is more complex than either an ICE or a full battery electric vehicle (BEV).

There are more components built into more complex systems which means more opportunities for failure. For the test engineer it’s 1+1 >> 2. Not only do they have to perform the traditional ICE testing, but they must also perform new and more demanding electric powertrain subsystem testing.  Test engineers must also devise extensive integration test coverage to ensure the two technologies work together seamlessly to deliver on the efficiency, performance, and driving experience that are the goals of such a hybrid design.

Serving Electrified Hybrid Vehicle Test Needs
More complex test needs are being driven by electrified powertrain components. The tools of the trade are evolving to keep pace. Test engineers must stay abreast of evolving technologies to meet changing test requirements driven by the high pace of innovation and new technology introduction in the automotive industry. Here are a few of the new test requirements introduced by electric powertrain components and test tools that have evolved to meet them.

Electric motors and inverters respond faster than ICEs and exhibit highly nonlinear behavior over their operation range. Control signals from the ECU are very fast (2-20kHZ), and specialized motor models need to run 100 times faster (200kHz to 2MHz) to accurately represent the system in hardware-in-the-loop (HIL) testing. This can’t be done effectively on the same processor-based real-time systems used for ICE HIL testing. So, test system providers like National Instruments and others are developing FPGA based simulation tools to facilitate running models from specialized electrical modeling tools in the micro-second range loop rates necessary. Subaru has successfully implemented such a system and reduced test time to 1/20 of the estimated time for equivalent testing on a dyno.

Commonly, the ECU and inverter are packaged together, making signal level (-10 to 10V and a few mA) testing difficult. It’s more expedient to test at full power, sourcing and sinking real current instead of cracking open the unit for testing. However, this means testing at power levels of up to 200 kilowatts. These power levels require specialized channel-to-channel isolated measurement equipment and power supplies that can sink and source dynamic loads of that magnitude such as with this end-of-line inverter test bench developed by National Instruments Alliance Partner Loccioni for Magneti Marelli inverters used in the LaFerrari hybrid sports car.

The batteries, especially in the higher capacity plug-in hybrids, must be characterized at the individual cell, at the module, and at the pack level. These tests can be difficult (or prohibitively expensive) because of the range of voltages (0-800V) present at battery pack test points from the cells arranged in series/parallel configurations and the necessary accuracy of the measurement relative to the common mode voltage.

The pack has its own ECU essentially, the battery management system (BMS), which is tested at the component level using a simulated battery pack to exercise its control algorithms and functions (such as with this BMS test solution by National Instruments Alliance Partner Bloomy) but also together with the actual pack at the subsystem level. These tests happen in thermal chambers because battery operational characteristics highly depend on temperature. They incorporate both aspects of characterization and durability testing because a core attribute of battery pack performance is charge/discharge behavior and cycle time across its lifecycle and across a broad temperature profile (how long will the battery pack last under normal use in various climates?). To get tests done in an acceptable amount of time and with statistical significance automakers are testing many (dozens to multiple hundreds) of packs in parallel. Effectively managing this matrix of testers, the generated data, and ensuring traceability of the data and confidence in test data validity requires test automation, system management and data management tools specifically designed for such use cases.

Ensuring sufficient test coverage across all anticipated use cases and operational conditions would be untenable if automakers had to rely on physical validation testing in the lab or in road/track tests. It would be prohibitively expensive and time consuming. To address this problem test engineers are looking to augment physical testing with HIL testing when performing system integration testing. This is where the line blurs between physical validation and validation based on simulation. In system integration testing various pieces of the system can be simulated depending on the component or behavior to be validated. Having a flexible test environment and architecture that can support various combinations of simulated and real components can dramatically decrease test times while at the same time giving extensive test coverage and more confidence in system-level performance and reliability. Why Don’t Automakers Just Make All-Electric Vehicles?
Arguably, the electric powertrain is superior. It’s higher performing and more responsive, quieter, has zero emission, lower maintenance and driving cost, safer, and simpler (fewer moving components and points of failure). It also gives design engineers new and exciting freedoms because they can remove or greatly simplify heavy, complex, and expensive components like the internal combustion engine and associated belt driven systems, the exhaust and catalytic converter, and the transmission. These components are replaced by smaller components with much higher power/weight ratios and that allow for more flexible placement. It’s just that an all-electric powertrain is still too expensive (largely due to a single component: the battery pack).

Yet automakers must meet fleet wide efficiency and emission mandates from governments, and they see alluring performance benefits of electrification. So, they decided to smash both powertrain technologies together in various and interesting ways that endeavor to outfit the ICE vehicle with some of the attractive attributes of the electric vehicle. But they still must avoid sticking in a battery pack big enough for an all-electric vehicle as they wait for battery costs to come down.

The good news is that we are quickly getting there and are in a period of intense investment and innovation in battery technology driven not only by vehicles, but by consumer technology (e.g. cellphones) as well. The battery performance/cost curve is encouraging with substantial double-digit decrease in price every year and no signs of slowing. 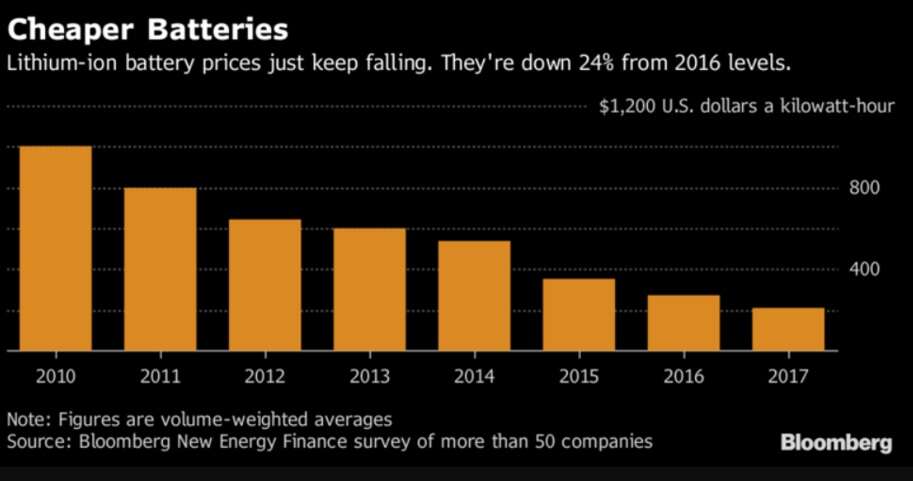 The problem with automakers turning to hybrids in the meantime is that instead of decreasing vehicle complexity, they are increasing vehicle complexity. A hybrid powertrain has more components and more points of potential failure. It also introduces a tricky problem of integrating the two different powertrain technologies. Managing this integration requires advanced components and even more advanced software and control methodologies.

Keeping Pace with Innovation
Automaker’s aggressive goals around hybrid vehicles are motivated in large part by governmental mandates on fleet fuel efficiency and emission levels, but also by pressures amongst automakers to have a compelling electrified offering (identified as a strong customer preference) in the same timeframe as the competition. These factors motivate aggressive vehicle program timelines that put pressure on test engineers to complete more tests, of more complex systems, in less time to ensure these hybrid vehicle designs are safe, reliable, and high-performing. Fortunately testing platform tools and technologies are advancing at a similar pace to the innovation happening in the general automotive industry. Automotive test groups must avail themselves of these advances to meet the increasing demands being placed on them by their organizations and vehicle program teams.

-- Nate Holmes is a principle solutions manager at National Instruments.