A box to control blind spot detection. A box to control lane change assist, still another to control adaptive cruise control along with a host of other boxes to control the various infotainment, safety and power systems. What’s in the box goes down, and so does the system it controls, often with no backup. But automotive supplier Aptiv believes it’s come up with a way to not only reduce the number of boxes while providing redundancies without raising costs—a major consideration for automated vehicles dependent on electronic sensors and controls. 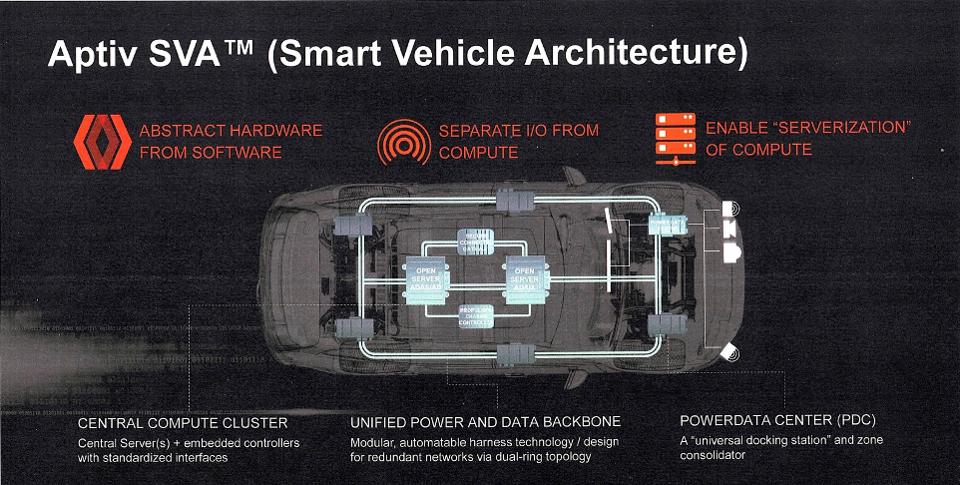 It’s called Smart Vehicle Architecture, or SVA, which Aptiv plans to unveil at next month’s CES 2020 in Las Vegas. Currently, the software and hardware for single function are installed in a single, dedicated box. With SVA, that connection is eliminated and the number of individual boxes reduced, through the use of cloud servers, and “compute” or hardware, is shared among functions creating flexibility, redundancy and reduced costs. Software can be kept current with over the air updates.

“Every feature in a vehicle has a box that has dedicated compute to it. Each of those has dedicated compute hardware that does not share across any other, which is incredibly inefficient,” explained Glen De Vos, Aptiv Senior Vice President and Chief Technology Officer during a media briefing on Monday. “As a result, you want this compute to be able to share tasks across the various domains.”

The main issue SVA addresses is the increasing amount of software and data required of advance technology vehicles with even limited driver assist features and ranging up to SAE Level 4 and 5 autonomy where the driver has little to no role.

In September, Aptiv and Hyundai Motor Group announced a joint venture to develop Level 4 and 5 driving systems for autonomous vehicles that would be available for use in robotaxi providers, fleet operators, and automotive manufacturers. Initial deployment of driverless vehicles will come in 2020, then scale up to “limited deployment inside an existing network” in 2022 and increasing the number of vehicles in 2025. The vehicles would operate inside a geofenced area meaning it would be electronically prevented from straying that area.

“Thinking about architecture of a vehicle, the combination of hardware and software, what we’re seeing now is that growth of software content and associated processing and compute is really breaking the current vehicle architecture,” said De Vos.

He predicted SAE Level 2 or Level 2+ systems which assume some driver functions will be the industry “baseline” by 2025 and are fairly affordable for consumers. But the “inflection” point where costs rise dramatically for manufacturers and consumers will be Level 3 vehicles where the car is basically in control. Those costs then rise even more sharply for Level 4 and 5 vehicles. De Vos contends Aptiv’s Smart Vehicle Architecture will go a long way toward controlling those costs, saying, “We’re convinced this is where the vehicle has to go—lowering the cost of this technology.You have to take cost out of the existing system to be able to put that in at a price point consumers can actually afford or are willing to pay for.” 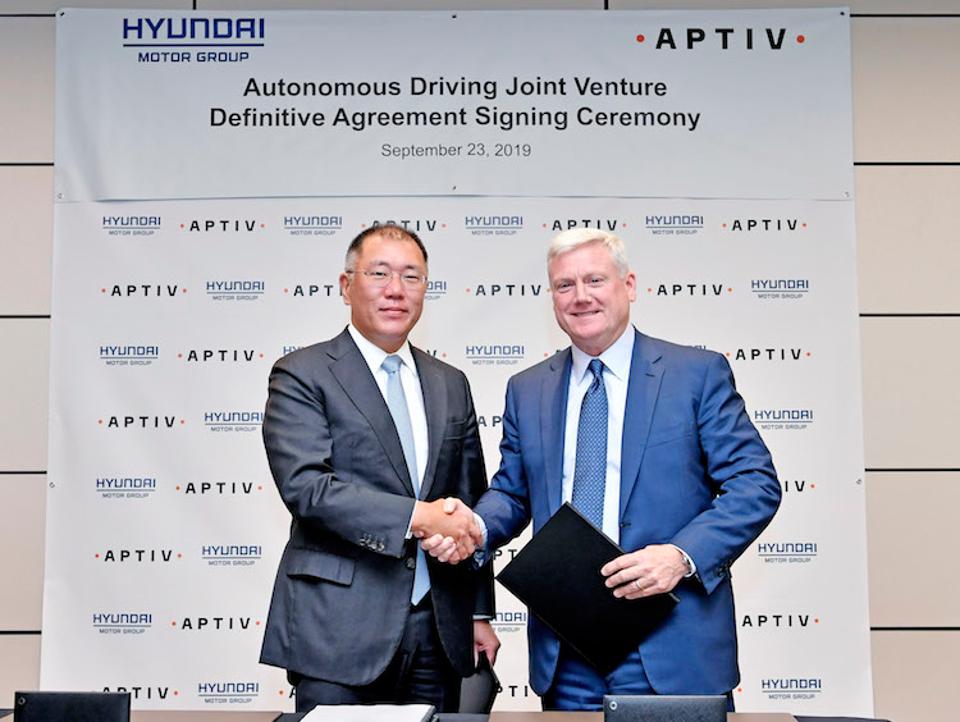 De Vos admits, trying to sell an open platform system to automakers with a tradition of keeping advances inside their own houses may be challenging, but is hoping once they’re exposed to Aptiv’s Smart Vehicle Architecture, they’ll think it’s a pretty smart idea.