The transition from combustion-engined vehicles to all-electrics presents designers with new opportunities. Without a combustion engine taking up a significant amount of space either in the front or immediately behind the driver provides greater design freedom. However, there's another major design issue BMW readily admits is a major challenge: autonomous cars.

Speaking to Digital Trends, BMW design boss Domagoj Dukec admitted that "Electrification doesn't have a very big impact on how you design a car." However, there's self-driving vehicles pose a new challenge: "The sensors needed for autonomous driving have a bigger influence [on design]." Autonomous vehicles are unlike any other type of road car because they all must incorporate lots of hardware into their designs, such as lidar for Level 3 self-driving. BMW's plan here is to integrate lidar sensors behind its famed twin-kidney grille. Not so difficult, right? However, Level 4 is where things get especially challenging. The greater number of sensors makes them more difficult to hide.

Instead of only being at the front, more sensors are required to be located throughout the vehicle to provide a complete 360-degree view of everything happening around it at every moment. Successfully integrating these sensors into a vehicle's body in a seamless manner can be done, but yet another issue arises: cost.

The more sensors needed for full self-driving adds to any vehicle's sticker price. At present, this level of sensor technology isn't even on the market but once it arrives it'll be anything but cheap. 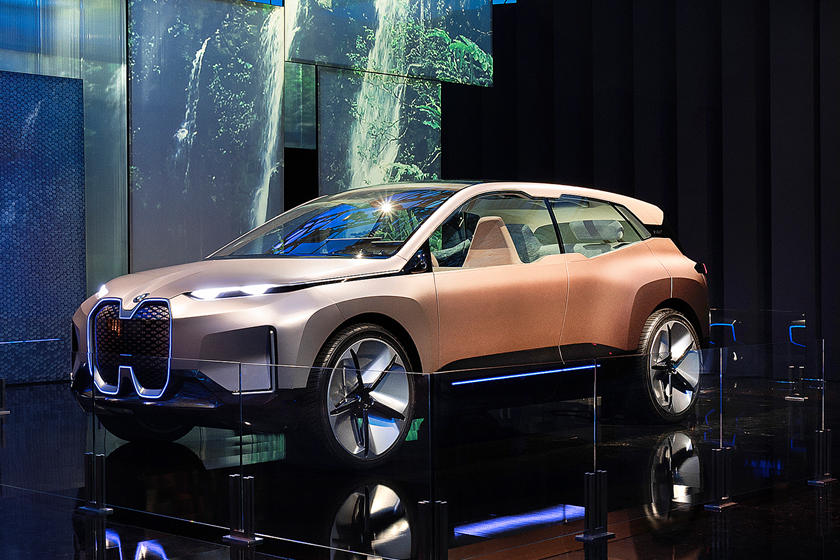 This brings up two questions: will customers pay extra for it and will they be willing to compromise somewhat on the exterior design? "This is still something we don't know," Dukec admitted.

In the meantime, plans are still in place for the all-electric BMW iNext SUV to arrive. It'll feature Level 3 self-driving technology, meaning the required hardware will be behind the grille, as previously noted. Based on Dukec's statements, it won't be easy to retrofit the iNext, or indeed the upcoming BMW i4, with Level 4 hardware without significant compromises to both design and price.

The most likely solution will be an all-new model capable of next-stage autonomous driving with a completely unique and, perhaps, controversial design.