These hacks show a lot of potential upgrades that will make the Model 3 an absolutely drool-worthy car!

Tesla is generally known to be tight-lipped about news and information about its products. Take the Cybertruck, for instance. Until the date of the unveil, no one had seen it, no were any sketches or other relevant information leaked aside from Elon Musk’s cryptic logo. But, this time, Tesla couldn’t keep things to itself. Tesla somehow leaked some codes in the recent software upgrade on the Model 3. A Tesla hacker who goes by the name “Green”, has cracked the code and come up with some interesting data, including a 100 kWh battery pack in the near future! 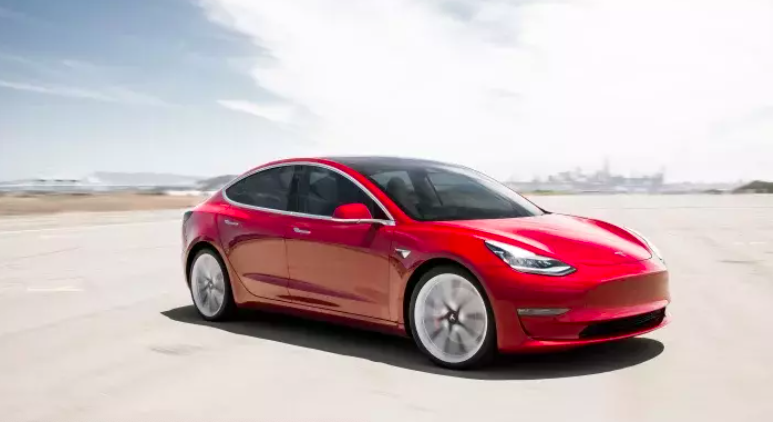 While Tesla manages to keep things away from the paparazzi and the public, they can’t do much when it comes to hackers. Some hackers manage to get root access to Tesla’s software and reveal the features lined up for the near future much in advance. “Green” has been leaking Tesla’s upgrades for quite some time, but was not very active over the last year as he was focusing on visualizations of what the Tesla Autopilot can see. In this case, he noticed that Tesla is using a different gateway and that made it hard to decipher the configurations. Green tweeted, “When Model 3 was introduced it sported a very different "gateway" computer (this is where the car config is stored), instead of old style text file it is now a set of opaque binary registers with values so it was sort of hard to know what meant what." "It was curious that MCU2 reused the oldstyle gateway with a text file config. (internally it was called MCU-transitionary, so clearly it’s just a transition to something better, but I digress)." He was right.

Tesla is indeed looking to bring about many changes in the Tesla Model 3 soon.

TESLA WILL SWITCH TO ITS OWN TIRE PRESSURE SENSORS

The decoding tables are largely focused on odel3 but there's some stuff that appears to be related to S/X from initial porting? Or a split in the code? New additions are almost exclusively 3 focused.

For example here's an addition from April that said that Tesla is planning to do away with Conti TPMS sensors and replace them with their own BLE ones (and save money)?
And sure enough this month there was FCC application confirming it https://fccid.io/2AEIM-1472547 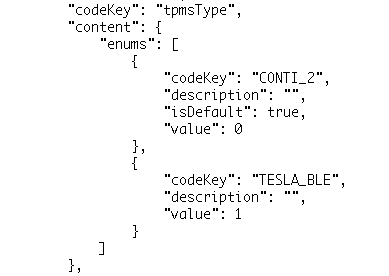 One of the changes includes Tesla’s big step of shifting to its own BLE sensors from traditional Continental TPMS sensors that it has been using.

As it turns out, Tesla has even applied with the FCC for the new device. Green’s tweet reads, "For example here’s an addition from April that said that Tesla is planning to do away with Conti TPMS sensors and replace them with their own BLE ones (and save money)? And sure enough this month there was FCC application confirming it,”

Or the existing wheel types with some upcoming one that there's no picture of yet? 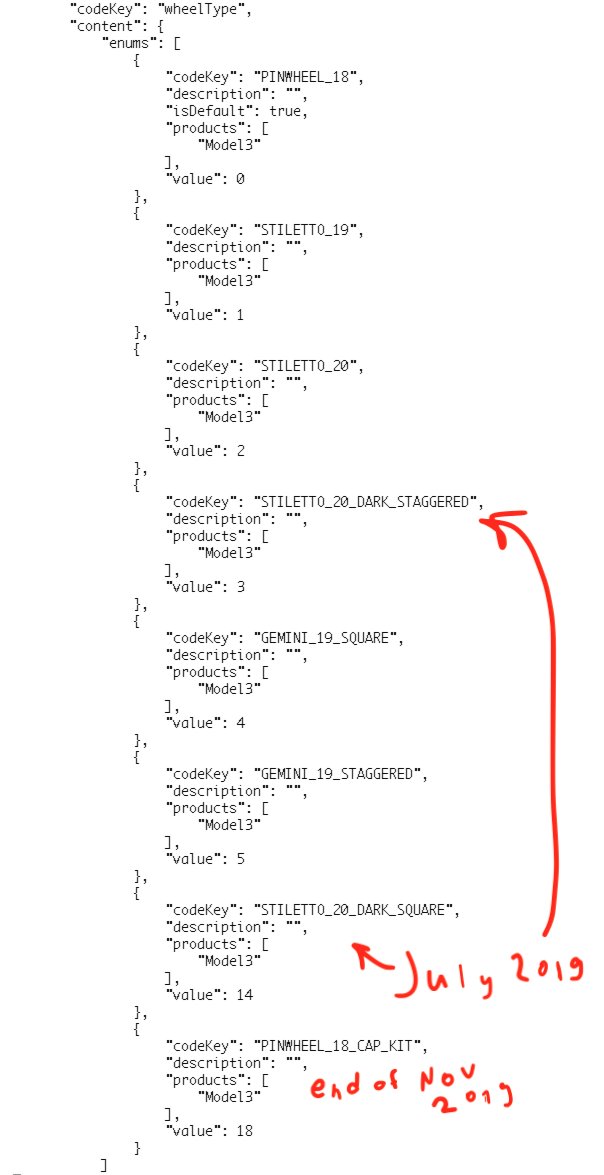 He also found codes about new wheels for the Model 3. Now, if you remember correctly, Tesla had initially showcased three different wheel designs, out of which two made it to the production, and the hottest looking one didn’t. According to Electrek, the patent applications show that the wheels were designed by Joonas Vartola, a car designer who left Tesla in 2016 to become an independent designer in Finland. After being asked if there’s any update on this the third design, Elon Musk tweeted saying “Will do it later this year. Too much on plate right now. Will be available as an upgrade from service.” Apparently, Tesla abandoned this design in favor of the other two, but it will make a comeback as an optional upgrade. So, it could be those wheels that are making a comeback.

Sometimes we can even get useful comments. Like it appears a new more improved airflow is coming? 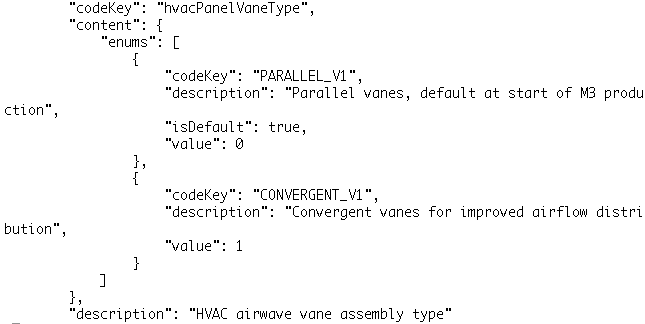 With improved airflow, the Model 3 could become an even better performer. The function of the air intake system is to allow air to reach the powertrain. It helps keep the batteries cool, thus increasing their life in the long run. It also helps achieve better power and range efficiency. The next upgrade on the Model 3 could come with a better airflow system and aerodynamic updates. 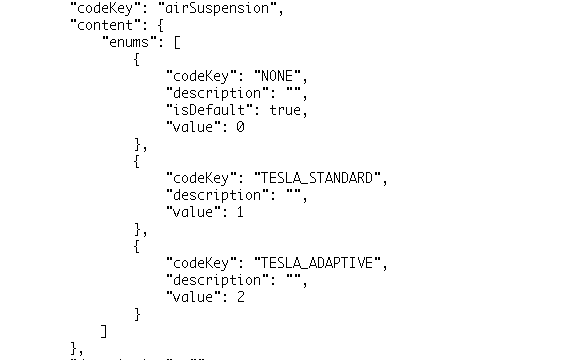 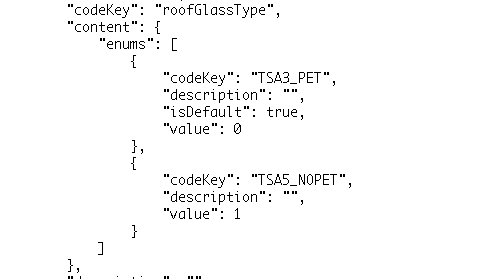 The Model 3 could come with some sort of laminated roof. This could come in from the 2021 model year. There have been instances in the past wherein sunroofs have exploded suddenly with no apparent cause. According to a Consumer’s Report, it investigated at least 859 accounts from the NHTSA database. So, this is a big hazard and Tesla wants no part of it. Making use of laminated glass is a simple fix that reduces that danger. 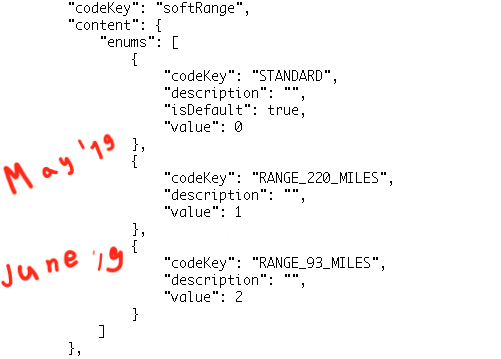 Now where it gets interesting is with the actual batetery packs.

the 100kWh pack has survived the great "non-model3 stuff purge" mid year so there's a fair chance this is actually upcoming and not some spillover. 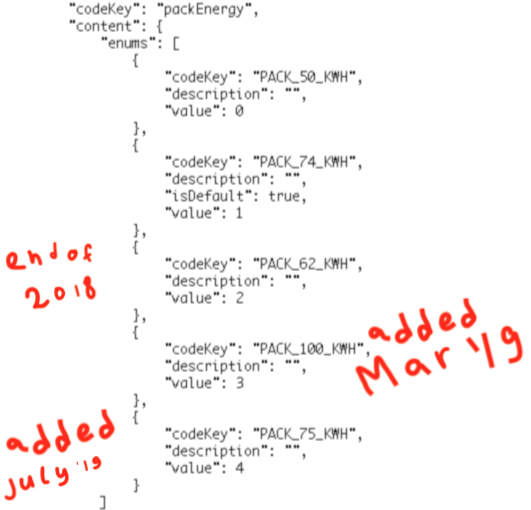 Currently, the Model 3’s biggest battery is a 75 kWh pack. But, this could soon be trumped by a 100 kWh pack! It doesn’t seem plausible, but he tweeted, “Now where it gets interesting is with the actual battery packs. the 100kWh pack has survived the great "non-model 3 stuff purge" mid-year so there’s a fair chance this is actually upcoming and not some spillover.” However, I’m still not convinced that Tesla will bring in such a big battery pack for the Model 3. It will send the prices close to the other products and may not even sell in huge numbers.

Another interesting set is performance config types.
Baseplus_awd is what is speculated to be theboost, but look at the other options. Ludi mode survived the great model S purge too so there must be a reason for it?
It's also all changeable on the fly. 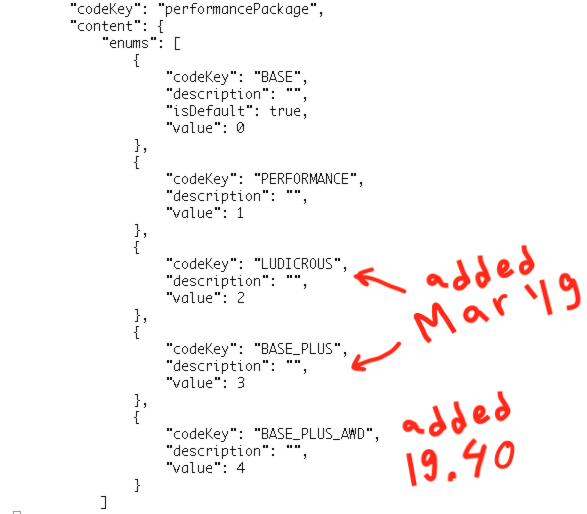 The final de-code was about the performance.

Green found a reference of the Ludicrous Mode for the Model 3.

Musk has promised this in the past, but never got around to it. Musk has announced that it is done with new launches for the near future and will focus on technology for now. So, I think we can expect this to happen quite soon. Or, Musk could also wait for the right time and then launch this feature. Too many uncertainties, but the point is a Ludicrous mode looks very likely to happen.

The Tesla Model 3 is the most popular product in the company’s lineup currently. So, it is inevitable that the car receives a lot of upgrades every now and then. The Model 3 Performance recently received an over-the-air update that enhanced the performance by five-percent. Many owners checked this out and all of them felt the increase in their 0-60 mph sprints. The company’s earlier 3.2 seconds claim was squashed by this update as owners were able to breach the three-second barrier. The Model 3 Performance comes with two motors, one attached to each axle, and boasts a power-to-weight ratio of 191 W/kg. With all the codes decoded, the Model 3 could become an even more exciting vehicle to drive. Which hack surprised you the most? Share your thoughts with us in the comments section below.

Previous Item：Under the Hood: What Audi A8 Has Taught Us
Next Item：Media Partners
Share：