What is a Polestar SPOC Block and How Does It Work?

Polestar is a separate brand from its parent Volvo, but the 2021 Polestar 2 electric vehicle makes it Orrefors crystal clear that Polestar intends to offer customers the same elevated level of safety for which the venerable Swedish automaker is known. Take, for example, the Polestar SPOC Block technology that will reside in every 2021 Polestar 2. 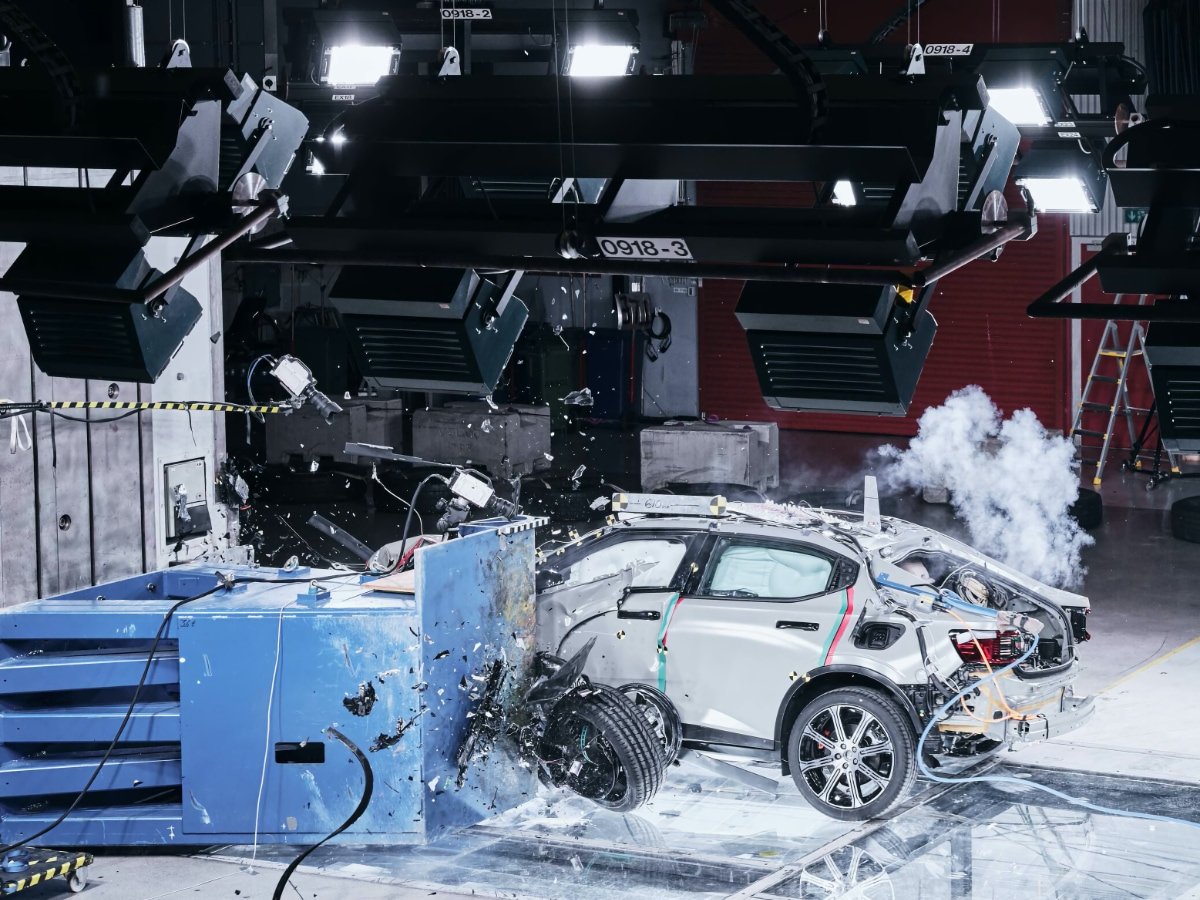 When a pure-electric car crashes, battery safety is critical for occupants and for first responders. SPOC Block technology provides increased safety and security in that crucial area by offering unprecedented protection for the battery pack in one of the most common and deadly types of collisions — a severe partial offset crash.

In its pioneering research and development on the subject of partial offset crashes, Volvo found that small overlap crashes represented 48% of belted-occupant fatalities in frontal crashes in Sweden. This prompted the automaker to develop crash-test procedures that enable the company's engineers to better address small offset crashes and to build vehicles that better protect their occupants.

With that background, Volvo and now Polestar have engineered a new solution that protects occupants in two ways. First, it helps protect occupants from serious injuries caused by the forces involved in a severe partial offset crash. And next, it helps protect occupants and others from dangerous electric shock and fire danger should the force of the collision compromise the battery pack.

"Safety is of paramount importance for Polestar," Thomas Ingenlath, CEO of Polestar said in a statement announcing the technology. "We are directly linked to Volvo Cars and with that comes their famous reputation for outstanding safety technology. So, of course, Polestar cars are designed to be amongst the safest in the world and we are really proud of that."

What is Polestar SPOC Block?

Polestar SPOC Block is a solid aluminum block positioned at the bottom edge of the front firewall on either side of the Polestar 2's body. The firewall is the part of the vehicle architecture that separates the forward portion of the car from the interior, running under the windshield and between the front wheel wells and front doors.

In partial offset frontal collisions, the Polestar SPOC Block is designed specifically to minimize the intrusion of the wheel, tire, and other objects into the cabin and towards the battery pack, which is located under the car’s floor between the front and rear wheels. Without the SPOC Block, such intrusion can cause serious injury to the car's passengers and can also do significant damage to a vehicle's battery pack.

The SPOC Block works in concert with other measures to ensure battery safety. In the Polestar 2, the vehicle's battery array is enclosed in an aluminum case engineered to provide both protection to the battery pack and rigidity to the body structure. The overarching goal is to protect the vehicle's occupants by keeping the battery intact in the event of a collision.

Placing the battery under the cabin’s floor and within an aluminum case has the added benefits of stiffening the vehicle's body structure to aid the tuning of ride and handling and to help eliminate noise, vibration, and harshness. In the Polestar 2, the entire structure has been tuned to cancel certain vibrational frequencies.

How Does a Polestar SPOC Block Work?

The Polestar SPOC Block is part of an overall structural system engineered to restrict vehicle component intrusion into the passenger cabin and damage to the vehicle's battery pack during a severe partial offset collision. Should a Polestar 2 be involved in such a crash, the battery pack is instantly and automatically disconnected from the rest of the vehicle. This ensures there is no live connection that could cause a fire or injuries.

Positioned to ward off the intrusion of the front wheel and other objects into the space occupied by the passengers and the battery pack, SPOC Block's solid aluminum structure acts as a shield. Its objective is to prevent or minimize injuries to vehicle occupants and to guard against compromise of the aluminum case surrounding the battery pack.

Because the Polestar 2 doesn't have an internal-combustion engine under its hood that could provide some additional protection in frontal crashes, the Polestar 2 also includes a new design called a "Front Lower Load Path" that protects passengers and the battery pack from direct impacts that might occur if the vehicle runs into another vehicle or an obstruction like a light pole.

Production of the 2021 Polestar 2 has begun in China, and the car is expected to arrive by the end of 2020. It is priced from $59,900 before applying any federal tax incentives or state rebates.