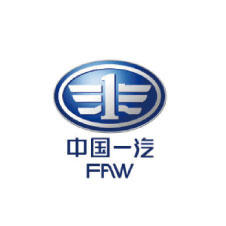 FAW Group is a global leader in the vehicle manufacturing industry with a 60-year history of innovation. Founded in 1953, FAW employs 120,000 people around the world and sells products in over 70 countries. As China's state-owned automotive corporation, the company's total assets are valued at 244.575 billion yuan RMB. FAW is a diversified maker of quality light, medium, and heavy-duty trucks, automobiles, municipal buses and luxury tourist coaches, custom bus chassis, and mini-vehicles with total sales in excess of 18 million vehicles worldwide.

China FAW Group Corporation, commonly referred to as FAW due to its original name of First Automotive Works, broke ground for its first factory on July 15, 1953. FAW produced China's first Jiefang commercial truck in 1956, and in the year 1958, China's first Dongfeng car and first Hongqi luxury sedan rolled off the production. Since then, FAW has been at the forefront of promoting China's automotive industry.

We are dedicated to the core value that total customer satisfaction is our number one priority. As a global player with a sales volume now over two million units per year, we take advantage of the latest cutting edge technologies, production methods, and management practices to bring our customers the latest in automobile, truck, and bus design.