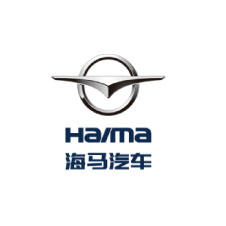 FAW Haima Automobile Co., Ltd., trading as Haima, is a Chinese automotive manufacturing company based in Haikou, Hainan and a subsidiary of FAW Group. Its principal activity is the design, development, production and sale of passenger cars and minivans sold under the Haima marque.

Haima was founded in 1992 as a joint venture between the Hainan provincial government and Mazda to produce Mazda models for sale in China. In 2006 Mazda's share of the venture was acquired by FAW Group, although many Haima models still incorporate Mazda technology.

As of 2012 Haima had an annual production capacity of approximately 400,000 vehicles. A total of 157,242 Haima passenger cars were sold in China in 2013, making it the 28th largest-selling car brand in the country in that year (and the 12th largest-selling Chinese brand).[3]