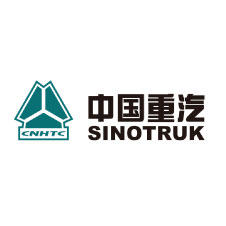 CNHTC was founded in 1935 by Kuomintang Government of the Republic of China era on the basis of Jinan Automobile Works. It started developing heavy-duty trucks in 1956. Since the reform and restructure in 2001, the company has got rid of the operating losses for previous years.

With strong presence in South America, in countries such as Venezuela, Colombia, Peru, Chile, Uruguay and Paraguay, Sinotruk came to Brazil due to the union of a group of businessmen with extensive experience in the transportation industry. With a great sales expectations Sinotruk has sold 2,000 vehicles thus far.

With the success seen in the first years of operation of the brand in Brazil, in 2013 Sinotruk to begin deployment of the first plant outside China, which should be installed in Lages, Brazil with an initial investment of more than 300 million dollars.

Sinotruk also produces trucks in Pakistan through a joint venture with Dysin Automobiles.