Current Position：Home > Industry News > There Will Be Blood
Media Center

There Will Be Blood — Peter Mertens, Former Head of Audi R&D: “We All Did Sleep”

I write this article full of anger as a German about the German auto industry.

The octopus is one of the most fascinating and intelligent animals in our seas. Scientists predict that if they didn’t die that early after the new generation is born, because of their ability to learn, they would be “the humans of the sea,” dominating all other sea animals large and small, just like humans do on soil.

An octopus has 8 arms, hence the name starting with “octo,” and each arm has its own little brain managing that arm. These 8 brains communicate with a central brain and scientists have not yet figured out how that all works and why their arms don’t get in the way.

The incumbent auto industry trying to develop a competitive fully electric vehicle (BEV) has exactly the same challenge, but it is not doing as well. Their “arms” are still getting in its way, are not coordinated, and exhaust the available energy in a vehicle too quickly.

Traditionally, over recent decades and since software started to dominate more and more devices in our lives, each little automotive function received its dedicated chip, software, and related computer, but the different parts of the car still don’t talk to each other. That’s how the industry developed in the last, say, 40 years.

Consider the octopus arms in my analogy to be different functionality segments and sub-systems in a vehicle. Each has a well-defined purpose, and as the ICE (internal combustion engine) industry has grown up and real new innovation does not happen anymore, each of these sub-systems has been outsourced to suppliers who offer it better, faster, and with lower costs. 90% of all Volkswagen software today is outsourced. A true win-win situation. Welcome to the world of low vertical integration and low pace of innovation. 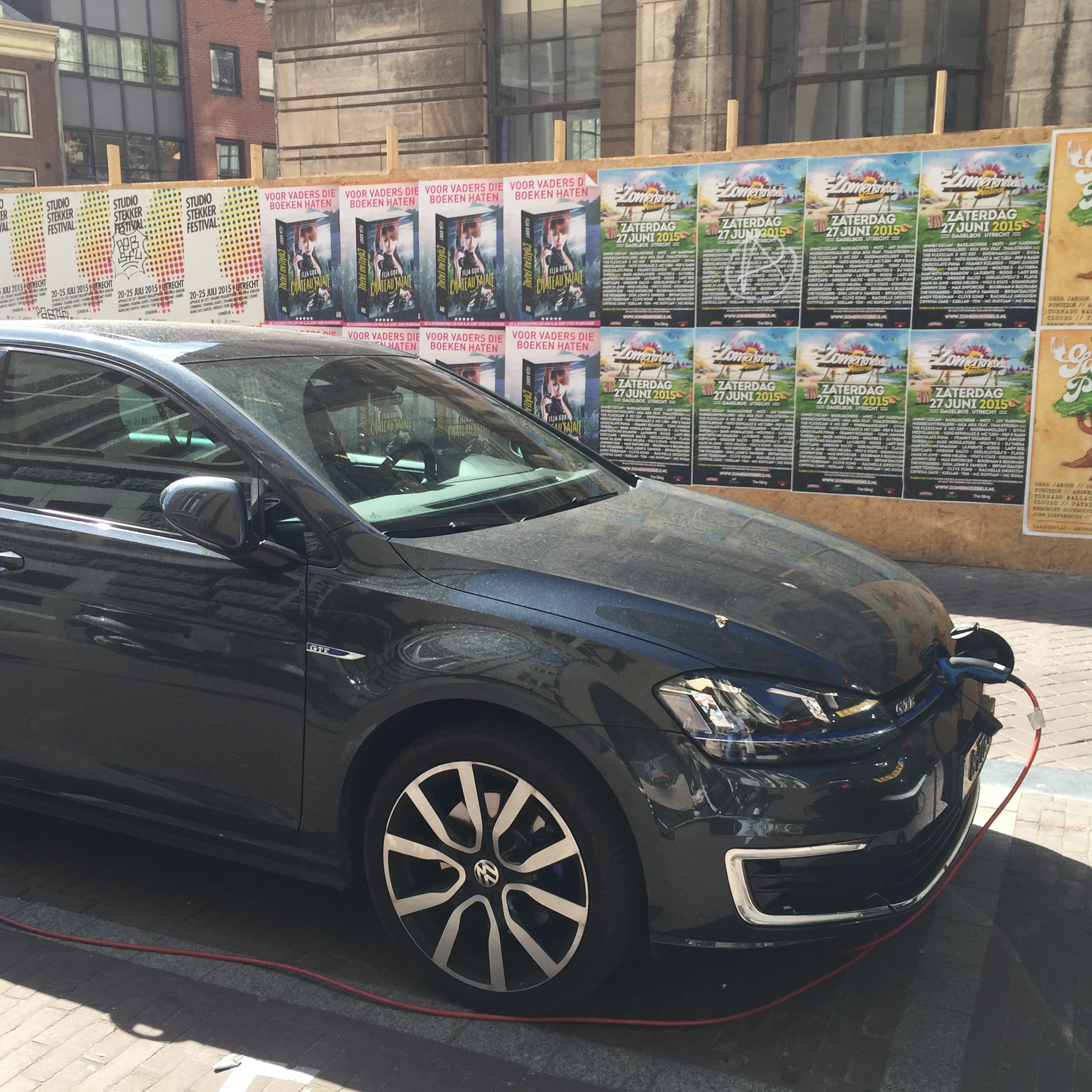 A few hundred chips are now separately managing a complex network in your vehicle if you drive a vehicle from one of these automakers, but it’s not coordinated or centralized. Thousands of suppliers are involved, partly working together and partly independent. What all have in common is that all systems are working just in their own little box and do not communicate with a central computer or, to use my analogy again, the central brain of our octopus.

That has been the world the auto industry has been living in undisturbed, until Tesla released its first BEV. Tesla was the first company to release a vehicle custom designed with high vertical integration around a central computer managing all core and side functionality. You cannot see that from the outside, and that’s why people do still not understand why a Tesla is so different. They do typically learn it in the moment they press the accelerator.

That design allows Tesla to change the car’s driving features, range, or acceleration abilities just with new software that enters your vehicle over the air magically like Harry Potter changes reality with his wand in hand and whispering a spell. It reduces costs, makes your vehicle safer, and gives you new functionality and efficiency from someone pressing a button in the Tesla Fremont factory in the USA.

Tesla changed the rules of the auto business, and, with it, everything. They did that with a tool that is called software.

To counter the challenger, the incumbent auto industry activated what it is best at, its supplier base. Automakers asked their thousands of suppliers if they could develop something similar, and the suppliers confirmed convincingly, “yes, we can,” without knowing what they just committed to. 10 years later, the largest and best R&D department in the auto industry has revealed vehicles that are nowhere near the 2012 Tesla Model S.

Peter Mertens, formerly Audi’s Head of R&D and a Board Member, just said in June 2020: “I say this with honesty — in my own responsibility, we all slept to a certain extent, and that’s not only the auto industry, but in particular the suppliers.” He added, “I have made wrong decisions. We have trusted too much that the suppliers will make it happen somehow.”

For 10 years, the supplier base improved and combined their sub-systems in the existing IT and software infrastructure of the vehicles, claiming that if they just try hard enough they can build an integrated digitalized vehicle that can do what a Tesla has been able to do for a decade. The top managers of the German auto industry decided to use their strength from the ICE world to work with existing or new suppliers to try to achieve this.

Suppliers doctored on sub-elements of the vehicle instead of starting a completely new greenfield design with one integrated software architecture around custom-made chips and technology. Their reasoning for that decision was simple: revenue and profits. Congratulations, dear auto managers, you just asked a vampire to manage your blood bank.

At least at that point in time I would have expected that OEM managers in the auto industry would realize that they asked the wrong person for a solution of their problem, their supplier.

Today, all of those managers have left, but their successors still do not dare or do not know how to make a cut with the past and start a revolution. Instead, they’ve continued a slow evolutionary approach they do not have the time for. Time is the most precious and limited asset the auto industry has today. It is an asset you can’t buy with all the money the auto industry has. You will not solve the software issue by simply throwing money and resources at it.

Herbert Diess, CEO Volkswagen Group, just in June 2020: “It will be years before we have reached the necessary level of expertise in software to be able to compete at the forefront.”

“Even today, hardly a line of software code comes from us.”

Without software, you lose the most precious asset you have as a consumer-oriented company: access to your customer.

Without software, you lose the gold of the digital age, customer data.

Having worked 20 years of my life in the software industry, I can confirm that software is not magic, just a technology. To manage software, you need software engineers and a software organization. If you allow hardware managers in a hardware organization to manage your software, how could you possibly expect success?

10 years after the incumbent industry failed to develop working IT and software operating systems for their BEVs, they still repeat the same mistake — outsourcing the piece of technology that is critical for their success, their profits, and their future.

Automotive managers who know how to develop ICE vehicles and who succeeded in their hardware world have been and are still responsible for the software organizations of the e-tron, Taycan, EQC, ID.3, and all the announced BEV concept and models from those companies. The German auto industry gives their most critical new products, which will determine if they survive as companies in their existing structure, to the responsibility of managers who have the least experience and knowledge about their most critical part, the software.

The attempt of the Volkswagen Group to centralize 10,000 IT resources in a new organization to solve the software problems of the ID.3, which 100 — or maybe even 50 — good software engineers could solve, is a testimony to not understanding software. 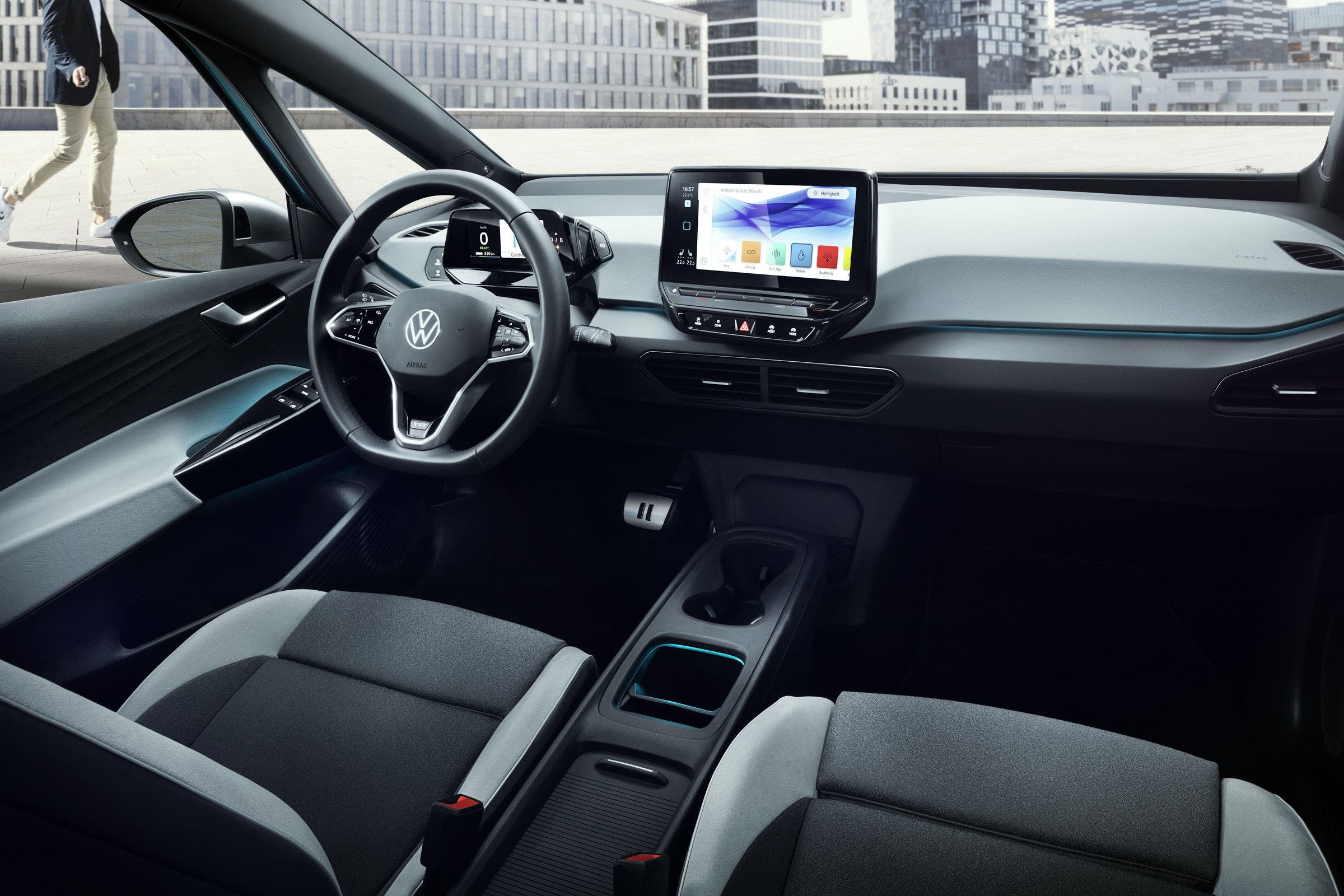 Herbert Diess lost the important CEO position for the Volkswagen brand because of the software issues with the Golf 8 and ID.3. More managers will lose their responsibility because it’s obvious that they do not know what they do and talk about.

Since their future depends on the software — be it in services, value, or profits — that software group needs to have one of the most powerful positions in the house. The software representative on the Volkswagen board had been promoted in 2019 and is in a weak position without the power and influence required. How can a company be successful if what they will make their main profits with does not have a real say in the decision-making board?

Managers who in their entire life have never written one single line of code nor understand it at all decide on vehicle software that determines the largest share of their profits. In the software industry, 80-90% margin is not unusual, while the auto industry is used to just a few percent. People who do not even know the basic current software languages nor what it means for success, or what good or bad code is, are deciding the big issues. They will not even understand the problem if a software engineer tries to explain it to them. They don’t understand the challenge, and with that are far away from solving it.

German auto industry top managers always proudly stated that they have “gas in their blood” (e.g., Piech or Winterkorn in the past, and today all others). It’s been seen as a statement of being qualified for that top management role. But since no gas is used in the electric world of BEVs anymore, and batteries and code are the critical qualification criteria, how fit are they really for the roles they own?

Do they have electricity and code in their blood? They don’t, and therefore, they are not qualified, because they don’t understand software and batteries or electric drivetrains. If they did, why do they deliver underwhelming BEVs?

If the justification for a top manager in the old ICE world is to have been a toolmaker or similar at the start of their career, today, using the same standards, a top manager now should have been a software coder at the start of his or her career. If you don’t understand what your organization does, you are not only obsolete, but you are a risk for the future of the company.

After I wrote this article, Herbert Diess lost his Volkswagen CEO role because of the software disaster with the Golf 8 and the ID.,3 but what changes with the new CEO? Does Brandstätter know software? Did they make the decision for the new CEO dependent on software or battery expertise?

Run a job assessment with all top managers at VW, Audi, Porsche, BMW, and Daimler tomorrow and ask them to code a small game or a simple but working virus. If they are not able to do so, fire them immediately, because they are not fit for the job. How many will be left?

It may sound like a radical measure, but isn’t it more radical to risk losing thousands of jobs instead because the top management is incompetent and unable to understand even the basics of what the value of the company is about?

Why shouldn’t the CEOs of the German automakers be able to do what a 12-year old, now CEO of Tesla, did in 1984?! If you are a CEO of a German automotive company:

“Dear CEO, here is your challenger! Can you as a grown up do the same and prove you understand?”

As a shareholder of one of the above companies, you want managers who understand their business. I believe that is a basic, justified, and elementary request. The shareholders have understood that and value Tesla already as the most valuable automaker in the world, higher than Volkswagen, BMW, and Daimler combined. One of the reasons for that is the software know-how that is reflected in the future profits, and profits are what a company’s valuation is about.

The remaining options are simple, either you exchange the top managers with people who know their business or you risk losing it all.